Lac Rose (meaning Pink Lake) lies north of the Cap Vert peninsula of Senegal, some 30 km (18 miles) north-east of the capital, Dakar, in northwest Africa. It is named for its pink waters caused by Dunaliella salina algae and is known for its high salt content, up to 40% in some areas. 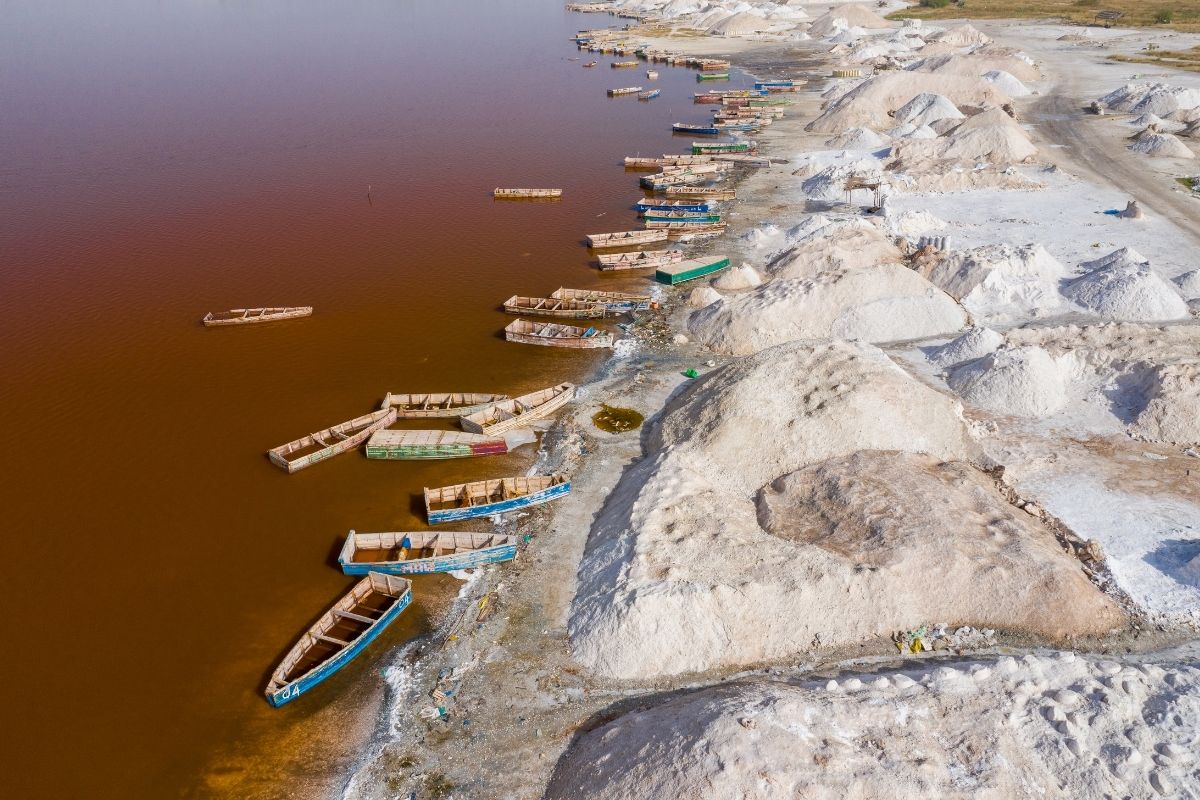 Less than an hour away from the capital city of Senegal there is an unusual lake that will surely catch the unsuspecting visitor’s eye because of its unusual yet vivid pink colour.

Lake Retba (or Lac Rose as it is known by locals) is separated only by some narrow dunes from the Atlantic Ocean and, as expected its salt content is very high. Its salinity content compares to that of the Dead Sea and during the dry season it exceeds it. 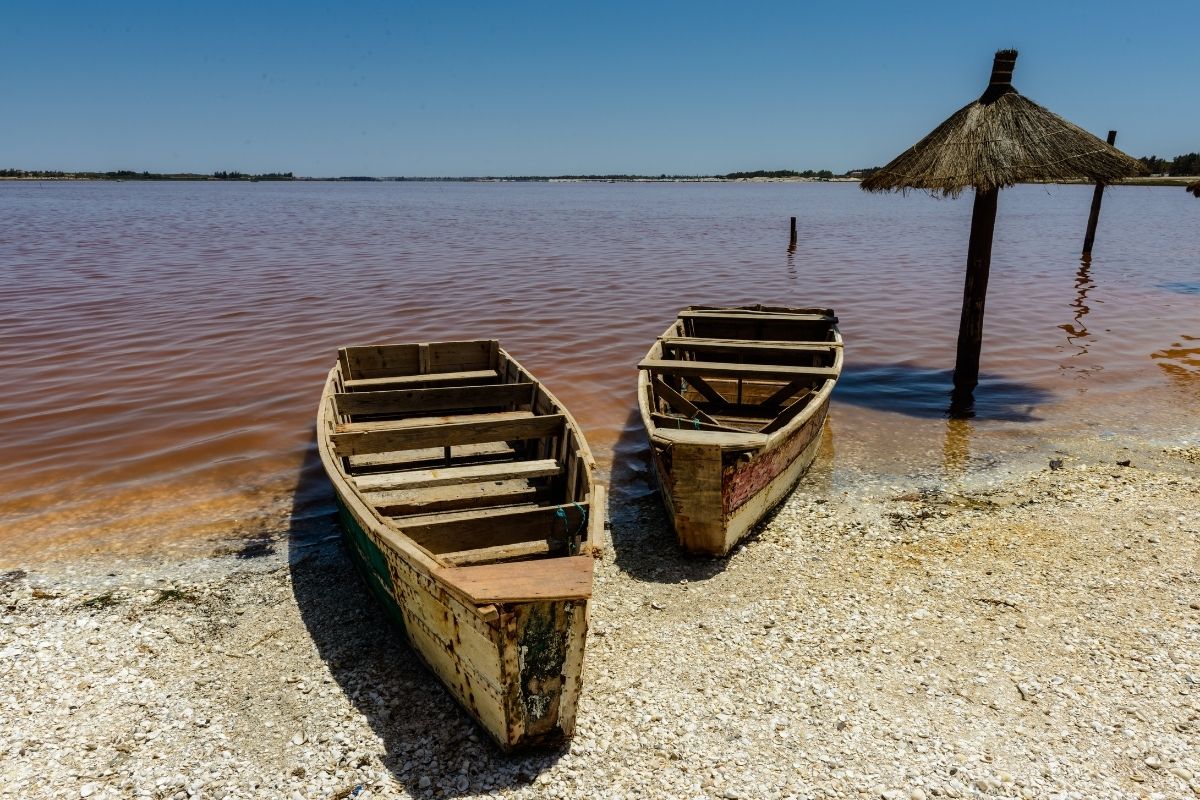 Its distinct pink colour is caused by the Dunaliella salina bacteria, which is attracted by the lake’s salt content. The bacteria produces a red pigment in order to absorb the sunlight, thus giving the lake its unique colour. Its colour is especially visible during the dry season (which lasts from November to June) and less during the rainy season (July-October). 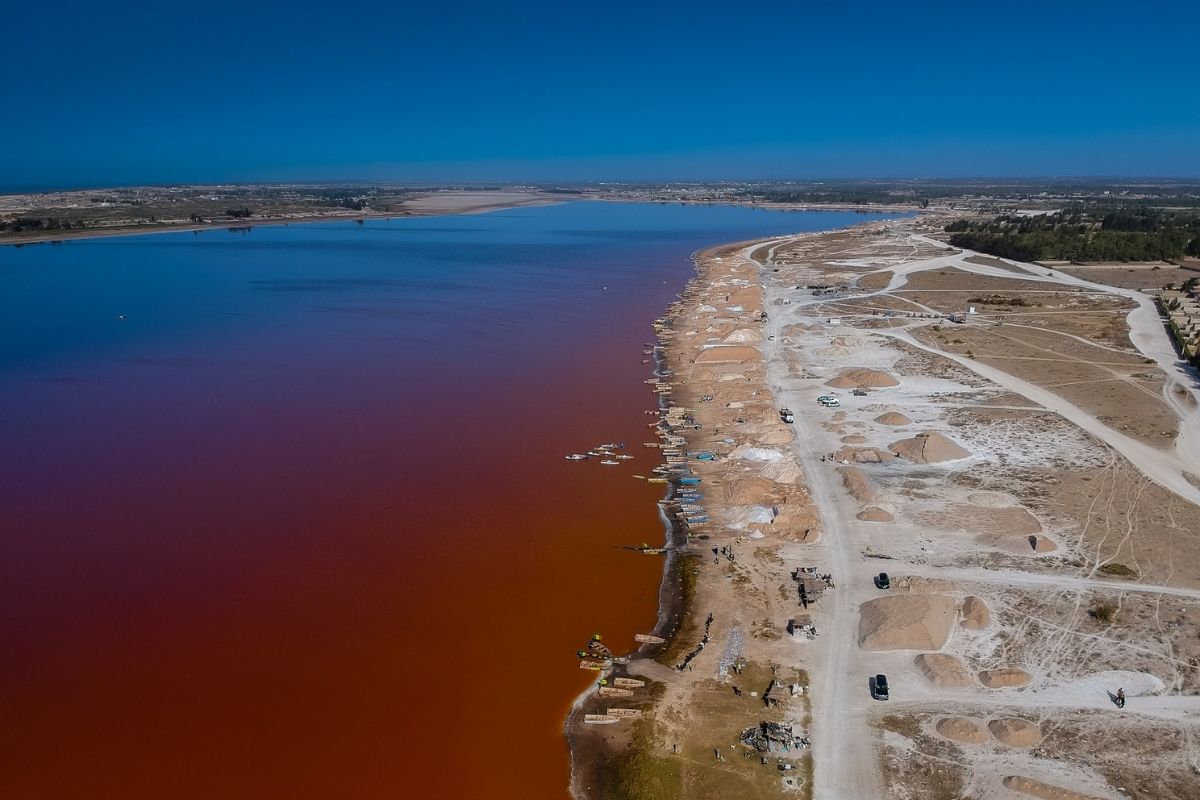 Not many living organisms are able to survive in Lake Retba because of its high salt content, so it serves mainly as a tourist point and for salt production.

In fact, if you decide to visit the lake, you will constantly see salt collectors working at the lake and the shores of Lake Retba are full of piles of collected salt. This salt is extracted by locals from the bottom of the lake using their hands, then placed into baskets it is transported to the shore where it is used mainly to preserve fish. 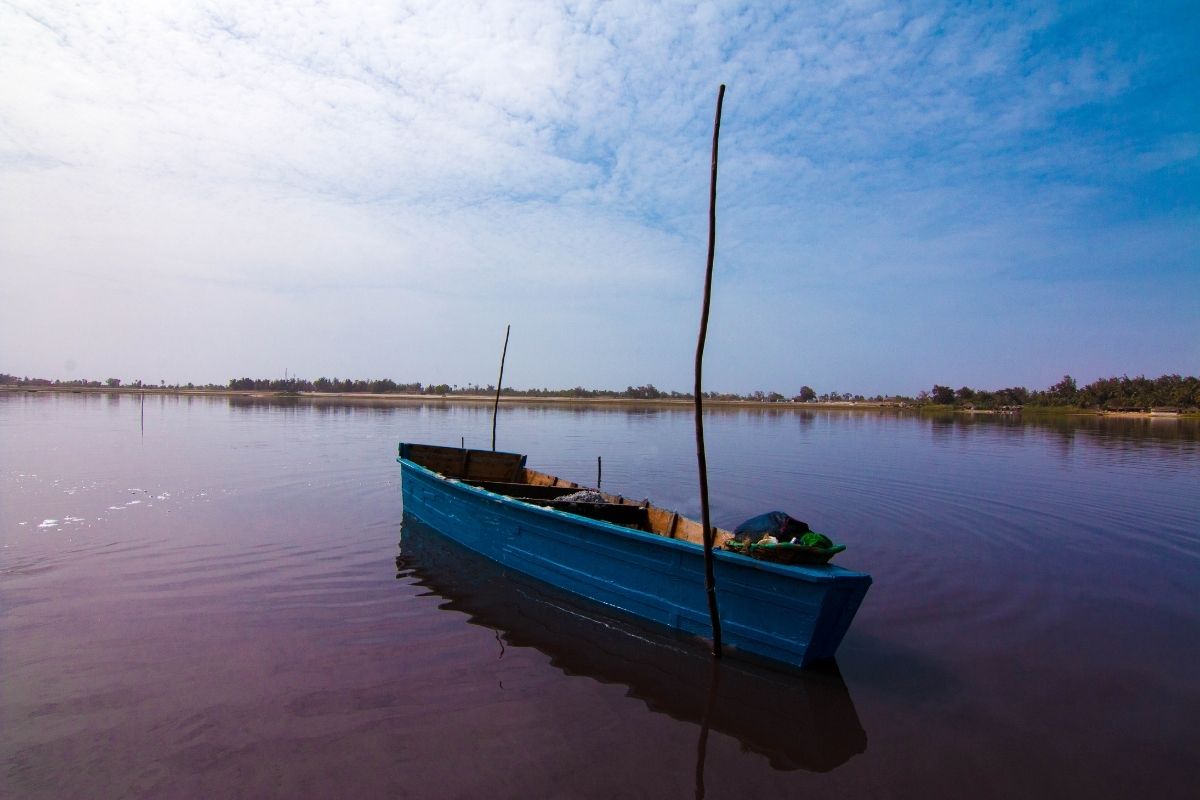 The lake is only 3 square kilometers big (about 1,1 square miles) and there is no major town developed along its shores.

When visiting the lake, you will be amazed by the contrast of the mountains of salt packed up next to the lake’s shore, the pink color of the lake’s water and the gold sand dunes on the other side of the Lac Rose.

The multifunction port of Ndayane – A growth lever

Corniche of Dakar, the secrets of a facelift costing 18 billion FCFA

No Result
View All Result