Guinean Saran Bah is vying for the crown of the most beautiful girl in the world currently held by Jamaican Toni-Ann Singh. Her participation in this beauty contest, the final of which will take place on December 16, 2021, did not leave indifferent the interim president. 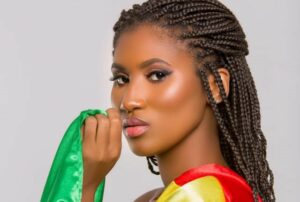 The final of the 70th edition of Miss World 2021 will be held on December 16 in the Coliseo José Miguel Agrelot sports hall in San Juan, the capital of Puerto Rico, Puerto Rico.

Saran Bah will defend the colours of Guinea against 102 other candidates from all over the world.

To give her a boost, Colonel Mamadi Doumbouya, during the Council of Ministers on Thursday, November 2, asked members of the government to support our compatriot Saran Bah, candidate for the Miss World 2021 election.

Before the interim president, other personalities called for mobilisation in favour of the candidate of Guinea. For Cellou Dalein Diallo, former Prime Minister, “Guinean pride in Miss World. Bah must win because it is Guinea that wins and shines on the international stage.”

The multifunction port of Ndayane – A growth lever

Corniche of Dakar, the secrets of a facelift costing 18 billion FCFA

No Result
View All Result